When flying is fun, a little floatplane love

Yesterday was a slice right out of heaven. Sat on a dock in early morning sunshine waiting for a plane from Kenmore Air (north Seattle) to Victoria, Canada. Aren't they cheery, these yellow-and-white birds floating at the dock? 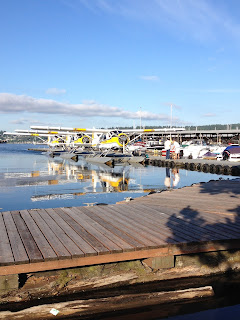 No long security line. No TSA groping. Just swiped my passport and boarded with two other passengers.

The de Havilland Beaver floatplane is cozy. From my back row seat I could see the pilot and a bit of the instrument panel. 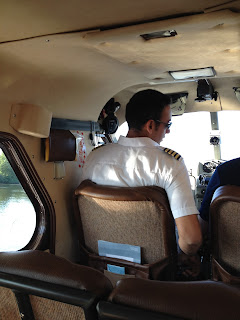 We kicked up a little rooster tail of water as we glided over the water and then lifted off Lake Washington. (They hand out earplugs to mute the roar of the engine.) Kenmore Air has been flying since 1946. About 125,000 people board their planes annually to destinations in western Washington and Canada. The company is known for maintenance of floatplanes like the Beaver and de Havilland Otter built in the 1950s and 1960s. The planes, which have both air and water rudders, are favored for rugged design and ability to take off and land in short spaces.

The views were gorgeous as we flew over Puget Sound. 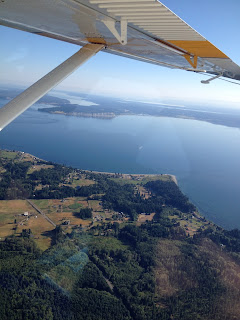 Landed smoothly in Victoria and watched other floatplanes and boats as we cruised into the harbor to dock. 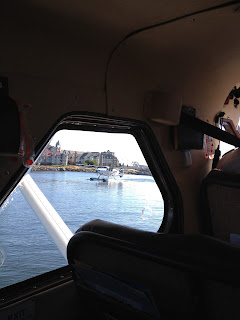 Victoria’s water taxis have to win a cuteness award. Right? Like they belong in Roger Rabbit. 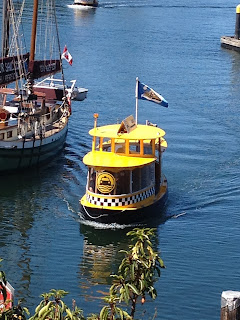 My daughter and I had tea at the Empress. 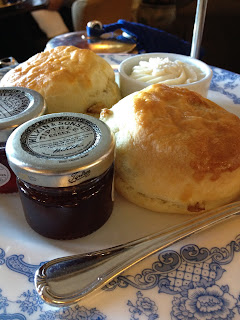 And we wandered Chinatown, where we saw a working phone booth (!!!) and a not-so-functional phone booth in an artsy coffee house. Fabulous coffee, too. 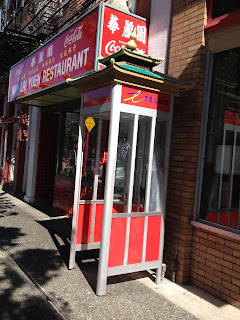 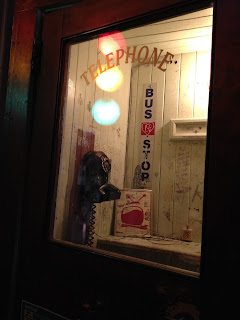 Return flight was aboard the larger Otter. Again gorgeous views and smooth flight. Next shot is over the Strait of Juan de Fuca. Olympic mountains beyond. 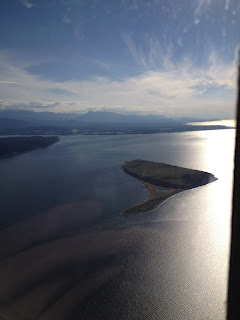 A nice view of Mt. Rainer and the city of Seattle greeted us on return. 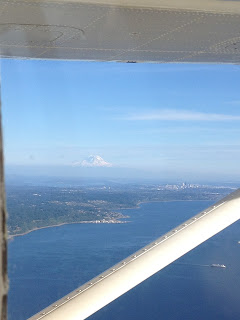 A final note on how this is so, so different than commercial airline flight. There is a safety speech when you board, short and to the point—the placement and workings of the exit doors and handles, the life vests…and the location of the survival kit. These are bush planes, after all. Exciting, right?
Posted by Tricia J. O'Brien at 4:28 PM 7 comments: