Yesterday, the eve of Winter Solstice, my daughter and I went hiking in our favorite neighborhood forest where the air is always sweet with the scent of Douglas fir and Western red cedar. And we stumbled upon this... 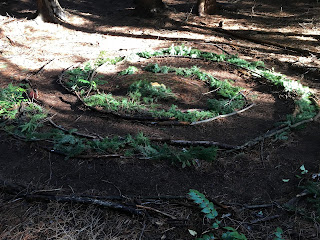 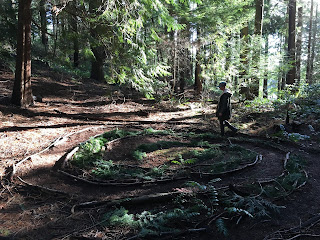 The dictionary defines magic as the use of charms or rituals that produce extraordinary results, marvelous effects.
Sometimes magic just sneaks up on you. I don't know who built this labyrinth, but it had a marvelous  effect on me. I've been feeling down in these dark days, and this mystical surprise lifted my spirits and filled me with wonder.
Here are the beautiful stones in its center where my daughter and I both paused to drink in the forest as we took turns walking the labyrinth. 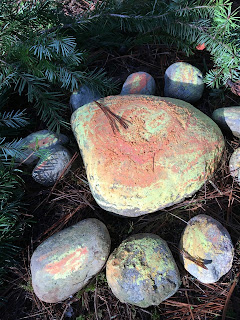 Even my own backyard made magic of the winter solstice when I noticed the sun shining though this metal sculpture of a labyrinth. 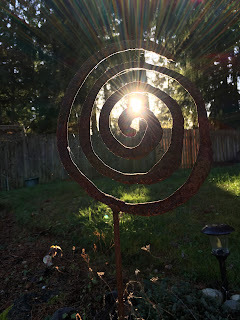 Here's to brighter days and moments of hope and magic in our lives. Happy Winter Solstice, everyone. 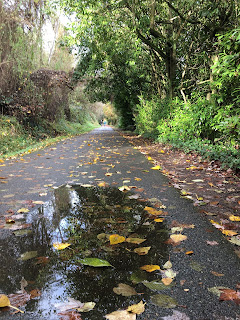 after the rainfall,
the pathway littered with leaves
and reflections

haiku while walking in dark times
Posted by Tricia J. O'Brien at 8:04 AM 3 comments:

Haiku and other thoughts of the season 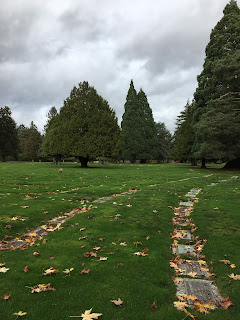 There is a beautiful memorial park near my home where I sometimes walk when I  want peace, lots of enormous old trees, and a sea of emerald.

In fall, the palette expands. 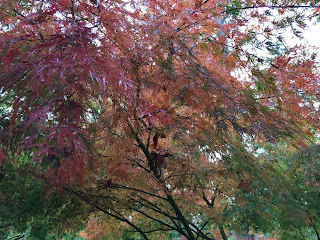 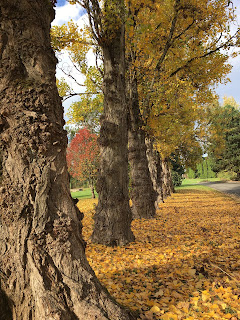 Once I slipped into the mausoleum and was stunned by the stained glass everywhere. 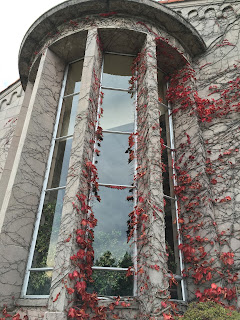 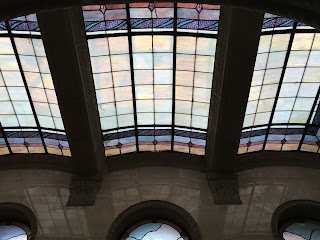 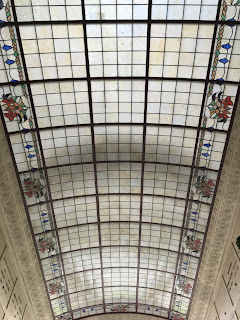 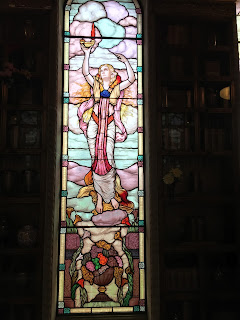 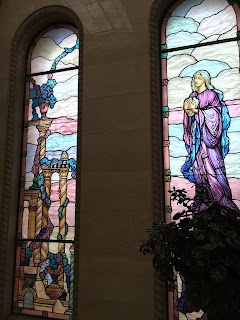 Occasionally, melancholy creeps over me in cemeteries, but mostly I feel peaceful--a sense of being connected, in communion, to those who've been, those who are, and those who are still to come. 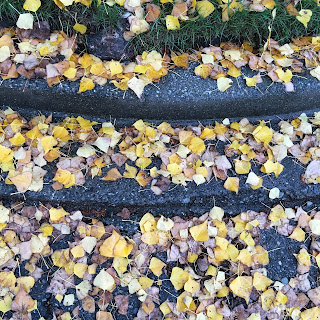 That seems appropriate on the Day of the Dead.

Echoes of past and present in stunning audiobook I have never heard a more beautiful audiobook than the Newbery Honor novel ECHO by Pam Muñoz Ryan, author of some 40 books including award-winning Esperanza Rising and The Dreamer.

The story, or actually several entwined stories, is haunting and important to the times we live in as it deals with the fallout of bigotry, injustice, and hatred. The book begins with a fairy tale that introduces a magical harmonica whose destiny is to save someone’s life.

Over time, the harmonica passes into the hands of Friedrich, a boy in Nazi Germany who yearns to be a composer but is bullied because of a birthmark on his face. The mouth harp gives him solace as his family is torn apart and he is threatened with being put in an asylum.

The harmonica finds its way from Friedrich to Mike, an orphan living in an institution in eastern U.S. with his younger brother. The instrument brings him comfort and hope that he might save them from an even worse fate.

Finally, another musical prodigy, Ivy, the daughter of itinerant farmworkers in California, is given the same harmonica. Ivy faces discrimination at school and sees it at the vandalized farm her father is trying to maintain for a Japanese-American family sent to an internment camp. Despite all this, Ivy finds a sense of pride and purpose in her growing musical skill.

The audiobook brought me to tears more than once as it infuses the children’s heartrending stories with glorious music performed on cello, piano, and, yes, harmonica.

Music on the recorded version is by Corky Siegel, a blues harmonica and piano player who composes for symphonies and chamber orchestras.

ECHO is so good I want to read the print version to savor the words on the page, but I also want to listen to the audio again for the sheer delight of Brahms, Bach, Beethoven, Rodgers and Hammerstein, and more. I got the audiobook from the library, but this is one I’d love to own.
Posted by Tricia J. O'Brien at 8:04 AM 2 comments: 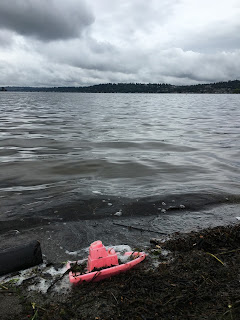 little boat lost,
the lake gives and takes with ebb
and flow, wind and wave 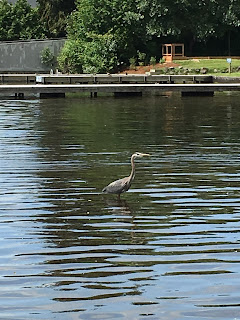 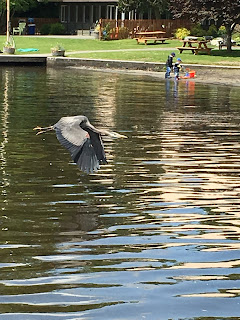 and there were eagles 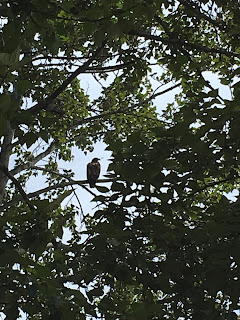 Today on the lake. Bald
eagle hunts from land and sky.
Fish heads on the shore. 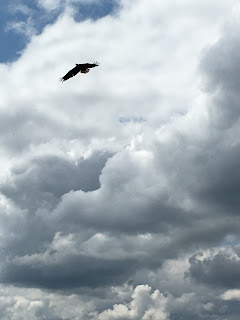 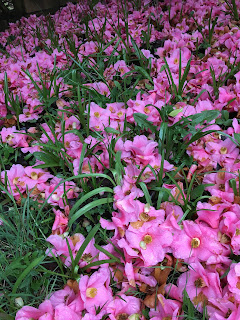 I love to compose haiku while walking...